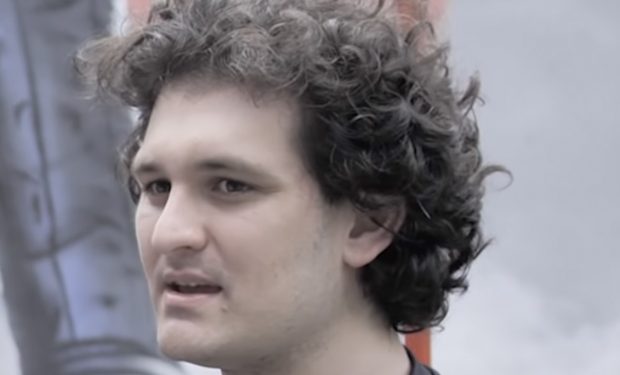 Sam Bankman-Fried, formerly the Bahamian Prince of Crypto, recently entertained Teddy Schleifer at the home of Bankman-Fried’s parents in Palo Alto. There, near the grand campus of Stanford University, is where Bankman-Fried now resides, thanks to the posting of $250 million bail.

Schleifer wrote about the visit in high-Harold-Hayes style, beginning with the superb scene setting below. SBF, as Bankman-Fried is widely known, has some eye-catching accouterment these days, Schleifer reports. Namely an electronic ankle monitor and a big German Shepherd.

The first thing that I noticed when Sam Bankman-Fried greeted me in the doorway of his family home, just off the Stanford campus, was the 75-pound German shepherd by his side named Sandor, a Hungarian spin on a name meaning “defender of men.” Sam seemed hazy on how exactly Sandor had gotten there—the dog had “just shown up” in his retelling, a gift over the last few days from his parents. But he was certainly a young man in need of both defense and a friend. After all, the second thing I noticed about Sam was, naturally, the G.P.S. monitor strapped tightly to his left ankle..

But Bankman-Fried is not about to let someone else paint his portrait, as it turns out, even if that portraitist has skillz.

Nope, SBF does things his own way, and so he has released his own story — an instant bestseller — on the popular email platform Substack.

It’s true: After living the (now broken) dream of starting a fintech company and becoming a billionaire (for a while) in his 20s, SBF is now living that other fantasy held by millions of twentysomethings: He’s written a bestseller after failing at his job and being forced to move back in with his parents.

SBF titles his first entry “FTX Pre-Mortem Overview.” It’s a 10-minute read, as Substack helpfully points out, but that’s only if you read it once. Some of the things Bankman-Fried reveals need to be read more than that.

And it is beyond obvious that there are dozens of lawyers reading this text dozens of times over.

SBF uses some powerful words right from the drop — within the first few paragraphs, readers encounter this heady group: insolvent, implosion, saga, crash, and extreme. Even Schleifer, while a more cinematic scribe, can’t deliver the spreadsheets like SBF does.

It may be that Sandor, the German Shepherd at SBF’s side while he writes, is a “Protector of men.” But on Substack anyway, SBF seems determined to protect himself by controlling those parts of the narrative he can.

And like a seasoned author, he assures his eager readers at the end: “I have a lot more to say–about why Alameda failed to hedge, what happened with FTX US, what led to the Chapter 11 process, S&C, and more. But at least this is a start.”

So there is going to be a sequel, if not a full-blow series. A Harry Potter for the crypto curious then — after all, SBF once held the Sorcerer’s Stone.