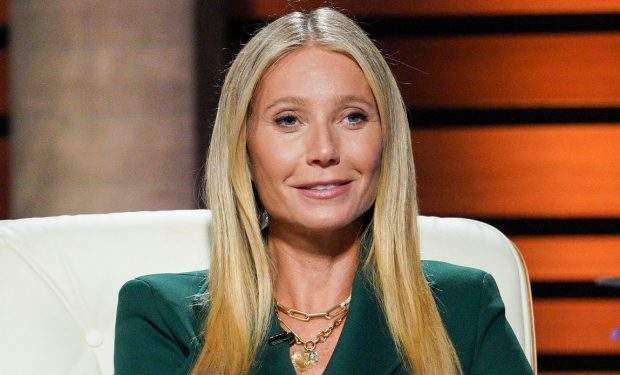 For the televised event, Paltrow looks as cool as a cucumber in a “money” green double-breasted suit (see above). And in the video below, Cuban attests that Paltrow is “smart and quick” and “she’ll beat up on anybody.” That’s a compliment!