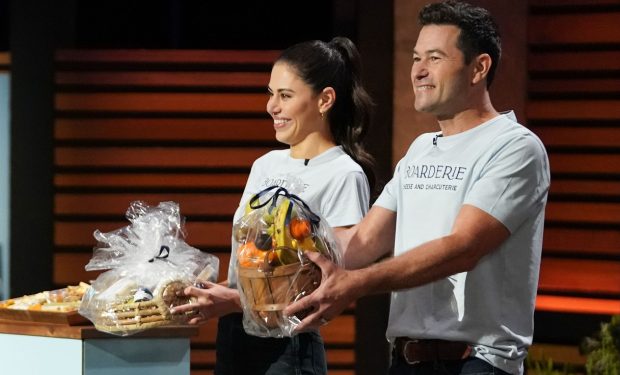 On Season 14 of Shark Tank, two entrepreneurs from West Palm Beach, Florida, Rachel Solomon and Aaron Menitoff, pitch their artisan cheese and charcuterie board delivery business, Boarderie. They claim to be the only pre-arranged cheese boards company that ships nationwide.

As Rachel says in the video below, Boarderie’s secret sauce is the packaging.

Wearing matching Boarderie t-shirts, jeans and bright white sneakers, Solomon and Menitoff hope to impress the Sharks including Kevin “Mr. Wonderful” O’Leary who considers himself a gourmet chef, among other wonderful things.

On Shark Tank, O’Leary has invested in several gourmet food businesses including Bohana, an alternative snack to popcorn made with the seeds of giant water lilies (native to India), which pop similarly to popcorn but without the kernel.