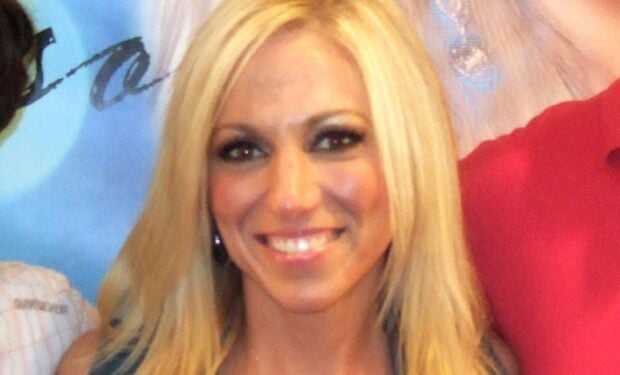 Triple-threat entertainer Debbie Gibson (singer/songwriter, dancer, actress) turned 50 last year and she looks almost as youthful now as when she released her smash hit debut album Out of the Blue in 1987. The playful video below featuring Debbie splashing around in a kiddie pool looking gorgeous in a tie-front ruffle bikini proves our point. As one fan replied: “Smoking hot!”

That song you hear is Debbie’s hit “Too Fancy” which is on her 1995 Think With Your Heart album. 26 years later and Debbie is releasing her tenth studio album, The Body Remembers. Debbie says “This album very much feels like Electric Youth 2021 in a lot of ways.” (Electric Youth was released in 1989.)

The Body Remembers will be released on August 20 — right before Debbie’s 51st birthday!

Imagine being Debbie’s neighbor in Vegas!