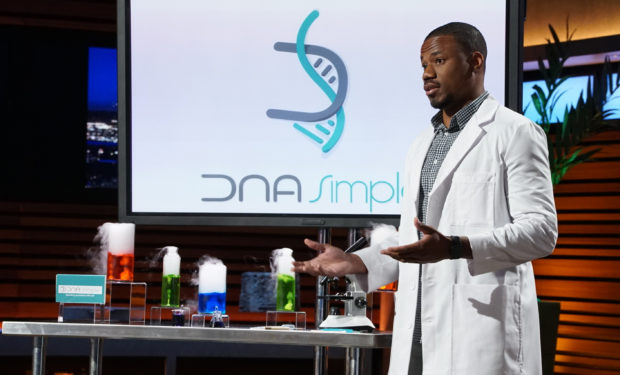 Dr. Olivier Noel is the Haitian-born entrepreneur behind DNA Simple, a company that pays people $50 for a sample of their saliva. DNA Simple connects everyday DNA donors to medical research studies, and they do so anonymously. One’s DNA is only used for one study. If you want to participate in another study, you’ll need to provide more saliva (and yes, you’ll be paid $50 again.) Noel, 29, pitched his business on Shark Tank in November 2017. He went into the Tank seeking $100,000 in exchange for 12.5 percent equity. He made a deal with billionaire tech guru Mark Cuban — $200,000 for 15 percent.

After appearing on Shark Tank, Dr. Noel said sign-ups for DNA Simple surpassed 130,000. His goal now is to hit the 1 million mark by the end of 2018. One month after the episode aired, DNA Simple investor Mark Cuban told HealthCare Analytics News, “By monetizing the sharing of one’s DNA in a manner similar to donating blood or plasma, they can help enable research projects that may otherwise never reach the critical mass needed. I love the opportunity and the potential societal impact.” Recent reruns of Shark Tank air Fridays at 9pm on ABC.