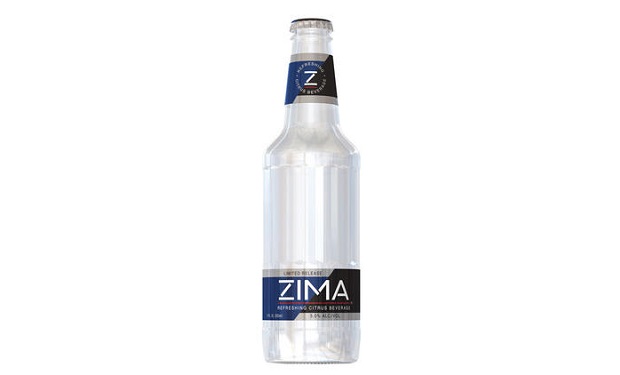 Zima is back — in a Walmart exclusive — and it’s interesting to look back at what Zima was to begin with. The fashion is different — sort of — in the 1990s commercial (see below) created to get cool young people to drink Zima, the citrus-y alcoholic soda. But a lot of the dialogue will show attentive hipsters today that not so much has changed. As a backgrounder, back then “real” drinkers drew the line and scoffed at Zima drinkers in the 90s the same way rock and roll loyalists dissed disco in the 1970s. “Disco Sucks” got a little more attention and a lot more graffiti, but “Zima Sucks” made some bumper stickers too and got into a lot of comedians’ routines.

But Zima wasn’t an affront to cool: it was really just a precursor to the Red Bull and Vodka type things that lots of young people drink now. In the commercial below, the group gathered for a rooftop barbecue loaded with Zima talks about fish being “brain food.” There’s the obligatory “I don’t eat meat, you guys” girl with a book! And then it isn’t just cheddar but “gruyere” cheese too on those burgers. Been to Williamsburg, Brooklyn lately? The grill’s a little fancier, but the hipsters are pretty much the same. Mike’s Hard Lemonade, anybody? Or how about a citrus-y craft brew? As with the hipsters before them, everyone is always trying to be — just like the Zima tagline — “a few degrees cooler.”