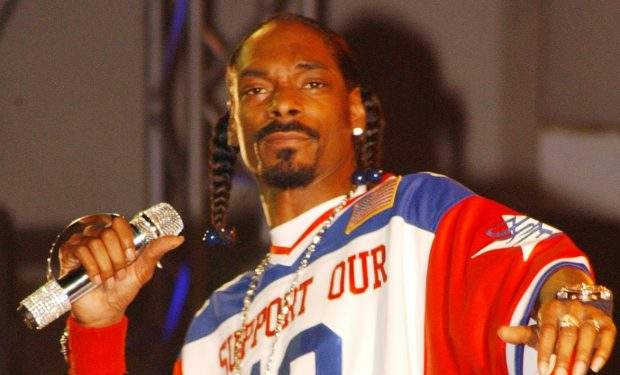 Kim Kardashian remains in the process of “re-evaluating” her relationship with haute couture brand Balenciaga after the fashion house withdrew a controversial ad campaign featuring images of children in disturbing situations.

Kardashian is also in the news after being accused by her ex-husband Kanye West of having an affair with NBA All-Star Chris Paul, even if the rumor’s source has enormous credibility problems — and word of a Kardashian getting busy with a baller sounds like news to nobody.

But Snoop Dogg! Now Snoop Dogg is news you can use. Or at least that’s how some on social media are interpreting Kardashian’s latest post, with many believing that the entrepreneur is using Snoop Dogg and his family for more than simply promoting her product line.

Background: With the news cycle swirling around her, Kardashian dropped a series of pics promoting her SKIMS brand of pajamas featuring Snoop Dogg and his extended family, all jammy’d up and smiling.

Viewed outside the context of the current controversy, it’s a heartwarming series of photos that got KK’s celeb pals shouting out. La La Anthony responded simply “This!!!!” and Paris Hilton lobbed her highest praise at the images: “Iconic,” wrote Hilton.

But a dive into the comments show an unusual resistance to Kardashian’s latest message and its timing, with many unhappy that she seems to be creating a “distraction” instead of addressing more important issues. “Are you still ‘re-evaluating’ your relationship with the brand??” wrote one user in the comments, referencing Balenciaga, “or do you still need more time?”

“Posting snoop dogg isn’t distracting us kimmy,” wrote another. And another wrote, substituting deflection for distraction, “This is definitely the deflection campaign!”

Kardashian’s timing is surely no accident. As upset as some people may be about it, distraction is a core technique in advertising and brand building toolkit. And it’s not new. In a scholarly article published in Psychology & Marketing, the authors “examine how marketing communication strategies (i.e., manipulating product message construal level) interact with distraction to influence consumer perceptions.”

Over on Snoop’s instagram, where he posted the same set of images, he’s hearing it too. “Cmon snoop, I expected better,” wrote one. “Walk away from Kim!!!” wrote another Snoop fan and “Snoop don’t associate yourself with that family,” wrote yet another.

Snoop Dogg has posted three times already on top of the SKIMS ad, so that it sinks down in his feed. Kardashian still has her Snoop SKIMS post on top, for now.