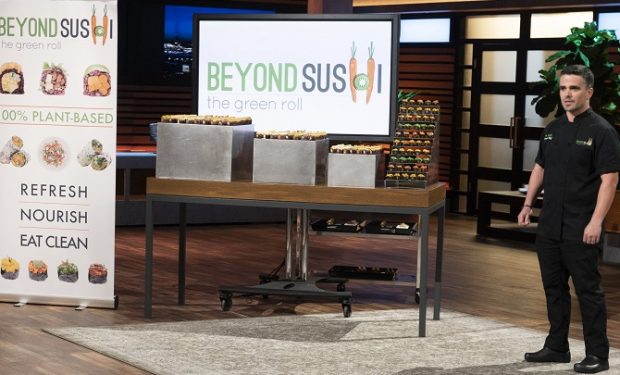 Beyond Sushi is a vegan restaurant chain serving plant-based sushi. The entrepreneur behind the business, Chef Guy Vaknin, pitched Beyond Sushi on Season 10 of Shark Tank. He went into the Tank seeking an investment to expand his New York City business to the West Coast. He asked for $1.5 million in exchange for 25 percent equity of his West Coast operations and five percent of his East Coast operations.

He left with a deal with Lori Greiner and guest Shark, NFL executive Matt Higgins: $1.5 million for 30% of West and 15% of East. Alas, after the show, Guy declined to accept the investment.

Guy reports: “We did our due diligence and negotiation, and at the end of everything, I saw that it was going in a direction that I didn’t necessarily want it to go in, so I decided that I wasn’t going to move forward and let them go.”

After Shark Tank, in early 2020, Beyond Sushi announced a new catering division City Roots but the plans to expand Beyond Sushi in Los Angeles, California, have been put on hold.