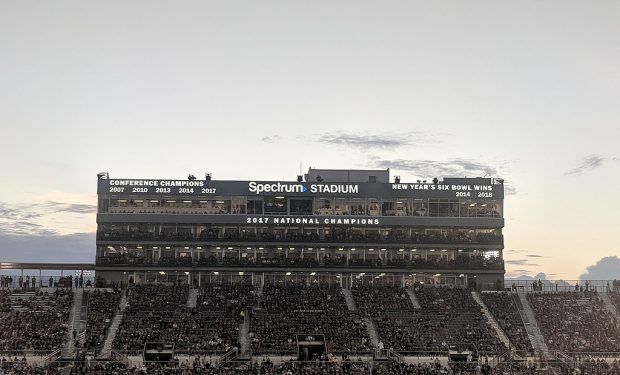 The Alliance of American Football (AAF) began its inaugural season Saturday. The eight-team league was established to give football fans a fix to cure the hangover following the Super Bowl and the end of the NFL season. The AAF has also partnered with the NFL and hopes to become a feeder system for the league, giving its players another chance to play at the highest level of American football. One such player has ties to the Carolina Panthers and after the first week, looks to be one of the better quarterbacks in the league.

Orlando Apollos quarterback Garrett Gilbert was signed to an NFL contract with Carolina in 2018 after multiple injuries to the Panthers quarterbacks, filling in for injured back-up Kyle Allen in the Panthers week 17 matchup with the New Orleans Saints. Gilbert was able to end the Panthers seven-game losing streak in his Panthers debut. Against the Atlanta Legends in the AAF inaugural, Gilbert passed for 227 yards and two touchdowns, including the first passing touchdown in AAF history. Gilbert also caught a touchdown pass on a wide receiver pass, echoes of the “Philly Special” used by the Philadelphia Eagles in Super Bow LII. The Apollos defeated the Legends 40-6. [Note: You can watch AAF games on CBS through CBS ALL-ACCESS orAmazon Prime. Both options offer free trials.]