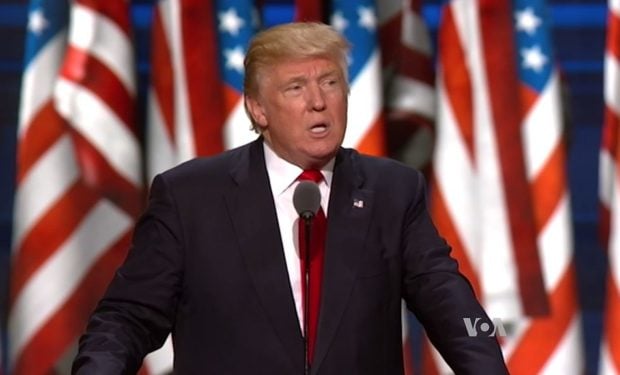 If someone had told me on November 8, 2016, that one of the results of Donald Trump’s election to the presidency of the United States would have been tangible improvement in my character and the depth of my political engagement, I’m certain I would have laughed. But what I couldn’t yet grasp on that gloomy night was how this man, so lacking in any of the qualities of character I value in a leader, and intent on advancing policies I find reprehensible–on immigration, healthcare, the environment and a host of other issues–would inspire me to behave in ways that would counter everything he is and much of what he does.

[#SAD!: Doonesbury in the Time of Trump]

Now, with the benefit of nearly two years observing his performance in office, that result is undeniable and profound. Watching him defend the actions of neo-Nazi protesters in Charlottesville or relish the derisive laughter of thousands of his supporters as he mocked Dr. Christine Blasey Ford’s testimony in the Kavanaugh confirmation hearing, he’s helped me recognize where gaps exist between the values I profess and the way I live them in my personal life. Seeing him preen before a gaggle of Republican House members after the first of many votes to deprive millions of Americans of healthcare, or brag that most of the benefits of his “middle-class” tax cut would flow to his fellow Mar-a-Lago members, I understood how tirelessly he would work to create a society divided between “us” and “them.”

Donald Trump’s cruel, vicious, selfish behavior makes me want to be kinder, more caring and more sensitive to the needs of my fellow human beings. I’m more likely to give a dollar to a homeless person, rather than simply pass by. I’m more determined to do what I can to help my four cherished grandsons grow up to be compassionate men, who understand why it’s wrong to wield words as weapons to hurt and destroy and why love, in the end, will always triumph over hate. In meetings and other public encounters I do my best to model behavior, like respectful listening and constructive dialogue, that will build organizations and relationships, not damage them. And though I’ve always been active in political campaigns, this year I’m devoting more energy than I ever have to electing someone to Congress whose values are as important to me as his votes. I can’t predict whether these changes will endure beyond the end of the Trump presidency, but for now they are very real. And for that, I can only utter the two words I never thought I would say to Donald Trump: “Thank you.”

[NOTE: 2paragraphs welcomes additional and alternative views from readers having various viewpoints and from all flavors of the political spectrum. Please contact us to submit an article.]