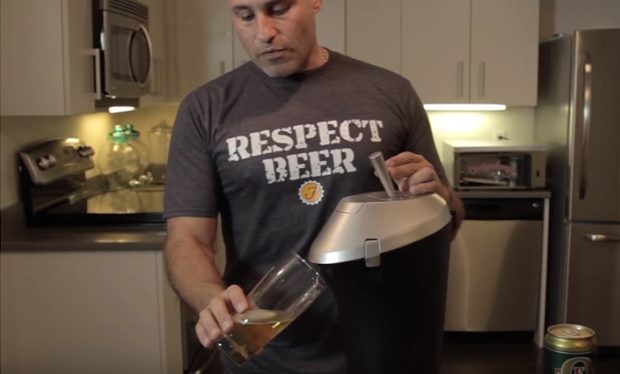 Ever open a bottle of beer at home and wish it had the taste and flavor of a pint poured at a bar? If you answered yes, then you’re going to love Fizzics. Using “fluid and gas technology” The Fizzics Draft Beer System works similar to a Keurig brewing system. Instead of filling the canister with water, you fill the Fizzics with your beer of choice, close, and then tap the handle forward. Each Fizzics Draft Beer System sells for $169, on the Fizzics website.

Philip Petracca and David McDonald are the two guys from New Jersey behind Fizzics. They’re pitching their fresh and foamy business on Shark Tank which airs Fridays at 9pm on ABC.