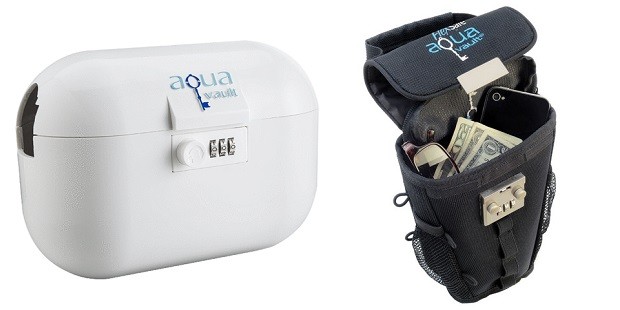 The founders of AquaVault — the smartly-designed portable personal safe designed to attach to beach and pool furniture — pitched their product on Shark Tank and made a deal with investor Daymond John ($75,000 for 25 percent). On Beyond the Tank, they’re asking John for more money so they can secure a deal with a major water park.

Since Shark Tank, AquaVault has expanded its product line to include FlexSafe (a personal portable vault made of nylon — it comes with a strap and sells for $40). They’ve also introduced a waterproof phone case (so you can take photos and video underwater, $18). And AquaVault has teamed up with PackablePails, a company that makes $15 collapsible beach pails. Beyond the Tank airs Fridays at 8pm on ABC.