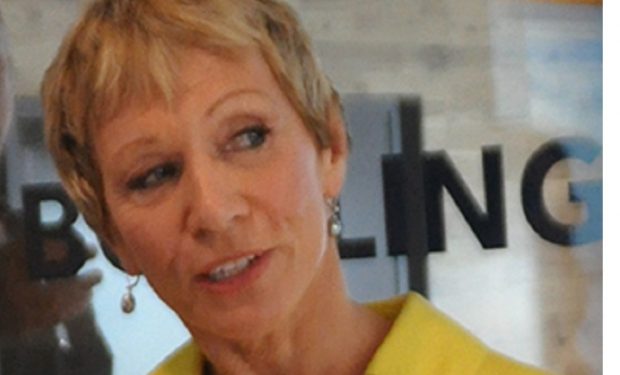 All the successful stars of Shark Tank are inspiring. But there’s something about Barbara Corcoran‘s story and style that sticks out even among such self-made successes as Daymond John, Lori Greiner and Robert Herjavec. Maybe it’s her endearing passion — she’s the one shark who really seems to make the entrepreneurs she chooses part of her extended family. (They have retreats together and learn from each other, all under the kindly but tough auspices of the seen-it-all Corcoran.)

Or maybe the distinction we attribute to Corcoran is because she grew up one of ten children, or that she somehow used to think of herself as not too bright before she realized she could do anything she wanted. She faced down the naysayers and made it in one of the toughest businesses in the world — New York City real estate. And as a woman, too, during a less WOKE era than the present one.

[If You Don’t Have Big Breasts, Put Ribbons on Your Pigtails: And Other Lessons I Learned from My Mom

Corcoran still gives out great advice, and not just about what you should do if your chest isn’t ample. (See her book above!) Even on Twitter, Corcoran will drop a gem that can fuel your personal drive for a long time. Have you been embarrassed lately? Well cut it out and move along, says Corcoran. She used to be embarrassed too, but the she “realized nobody’s watching and nobody gives a damn!” Now that is some actionable advice.

I used to hate feeling embarrassed, but then I realized nobody’s watching and nobody gives a damn!