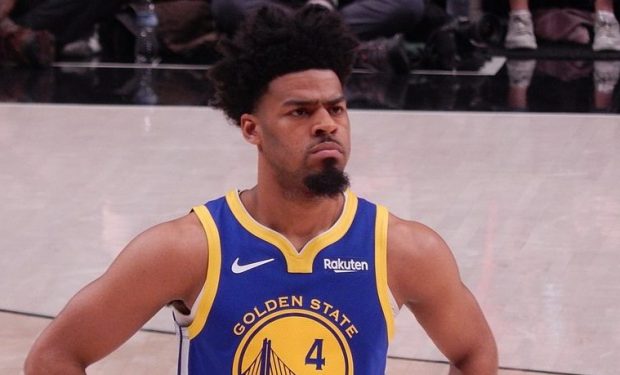 On the one hand, this is really just the young, enthusiastic and excellent basketball player Quinn Cook being excited about his new digs as a Los Angeles Lakers guard. But people are very protective of Steph Curry and his legacy (ask Andre Iguodala) — so many fans saw Cook’s recent enthusiastic tweet and thought he should have been more respectful of Curry. What’s the deal?

All Cook said was that he gets to learn from Rajon Rondo, Hall of Famer Jason Kidd (an LA coach) and LeBron James every day in practice. Cook expressed his excitement and communicated that he understood what a privilege it was to be able to learn from three of the best to every play the game. So far, so good, right?

But that’s where the legions of 2x NBA MVP Steph Curry‘s fans took exception. Because it seemed to them that Cook wasn’t being properly respectful of the opportunity to learn that he had just left. Yup, Cook was the backup point guard to Curry at Golden State and Curry defenders think that opportunity — being around Steph — was greater than the one he’s currently in. Each to his own, of course.

Reactions sounded like this: “And none of them better than your last point guard,” “You were learning under the best point guard of all time the last two years,” “come on man,” and “didn’t you play with Steph?” Then there’s: “U was the backup for the best pg in the league if he couldn’t teach u to shoot sit down play yah role.” Many fans raged in the comments.

But the spat and the reaction are reminders that every NBA fan should be delighted that a young guard like Cook recognizes his opportunity and is dedicated to, as he writes, get “better and learn as much as possible.” It’s good for basketball and good for the NBA. Besides, Steph doesn’t need that much defending.