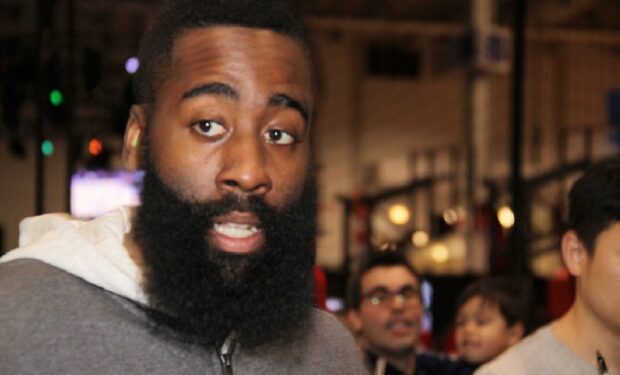 76ers guard James Harden heard his teammate Joel Embiid tell the media after Harden’s virtual no-show in Game 6 that Harden is “not that guy anymore.” Not the guy that won scoring titles and an MVP and a dozen trips to the free throw line every game in Houston.

But nobody needed Embiid, weary from a valiant effort after an orbital fracture and concussion, to explain that Harden wasn’t there — anybody with a TV could tell you that. And the fact couldn’t have been news to James Harden either, who just could not make himself rise to the occasion.

This despite there being ample role models, like these two:

Harden can ignore all the media chatter about his decline this morning if he wants — and he can ignore Embiid too, because Embiid, to soften the criticism, called Harden a “playmaker.” (Embiid took plenty of blame for the loss himself, too.) But what plays did Harden make? That was a natural follow-up question that had no good answer.

But if Harden can ignore the media, he can’t as easily ignore the NBA legend and 5x NBA champion Magic Johnson, whose comments have to sting. Johnson put it very simply: “You can’t have a performance like that,” he told Harden directly on Twitter.

Magic implies with his words that the greats just don’t dial it in when their team is in need. Magic is good pals with Jerry West, the NBA logo model known as Mr. Clutch. It seems he just met his opposite, Mr. Unclutch, and his name is James Harden.

James Harden, in a close out game you can't have a performance like that; only take two shots and score no points in the second half?