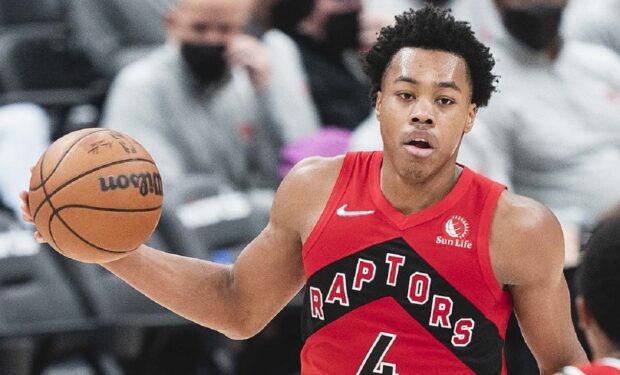 Only three Toronto Raptors have ever won the NBA Rookie of the Year Award. Damon Stoudamire was first. The Hall of Famer Vince Carter was second. Dynamic first-year man Scotty Barnes just became the third.

The Raptors seized the moment and created an opportunity for Carter to break the news to Barnes in front of all his teammates. What a cool scene, as Barnes’s teammates swarm him with congratulations.

Barnes’s face is a meme-ready delight, the shy smile as he suspects what’s about to happen. Carter ends his swift presentation with the hoops lingo classic: “You up next, man.”

Out of Florida State, Barnes is only 20 years old. The Toronto Raptors play like a team — and when you watch this video you get a feeling about why. On the ropes against the Philadelphia 76ers, the Raptors responded with a big win to stave off the sweep in Toronto on Saturday.

It was a total team effort, with Barnes playing through an injury. This team has a big future. Watch out. (Note: Damon Stoudamire was the other ROY winner from Toronto.)