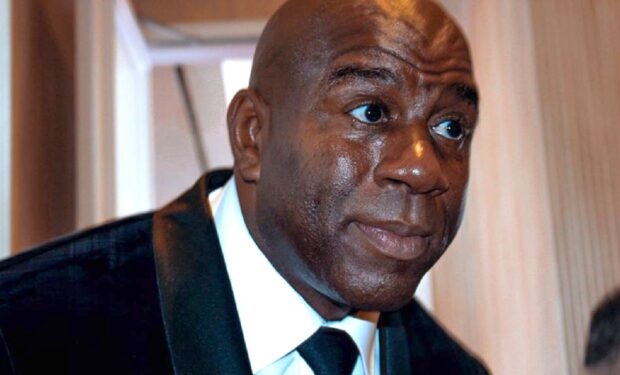 Apple TV’s documentary They Call Me Magic tells the legend of a bigger-than-life man who, against all odds, has continually embodied a nickname that would seem destined for a very limited shelf life. How long, really, can a basketball player expect to be magic?

For Earvin Johnson the answer is: a long, long time, apparently.

Johnson became a symbol of perseverance for anybody fighting a disease (especially HIV/AIDS, famously) and also a businessman par excellence, who has made it a priority to give back to the community in big ways.

But it all started at The Forum in Inglewood, the most electric place in Los Angeles or anywhere else during the go-go 1980s, when Magic ran the show and celebs galore turned out to see and be seen.

Apple TV uses Paula Abdul and Rob Lowe to describe the wild environment in the video below, but even these two 80’s A-Listers need the musical magic of Beethoven (by way of Walter Murphy) to run as the background score to their testimony. It’s this kind of disco masterpiece that can almost put you there.