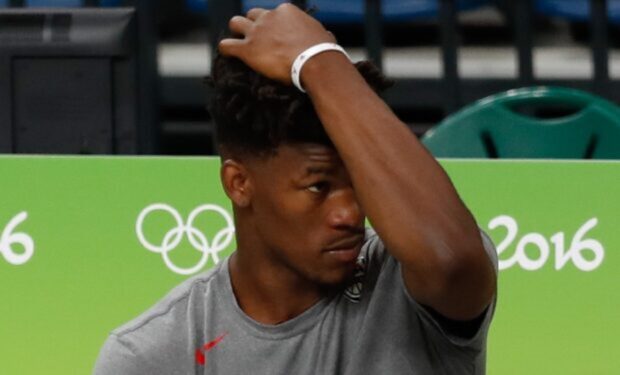 The Miami Heat have what too many professional sports franchises lack — and it’s a commodity called camaraderie. Leading the movement is the NBA superstar Jimmy Butler, who has played well everywhere he’s been, but never better than when he took his formidable talents to South Beach. The Butler-led Heat strode to the Finals in the Bubble before fading out, and now they have veteran All-Star Kyle Lowry in the mix — and the team is somehow traveling under the radar in the Eastern Conference so far. Come playoff time, nobody will want to face them. Nobody.

Especially if young Nigerian budding star Gabe Vincent is back — and he expects to be. Vincent is just out of action currently, like so many others, because of the NBA’s Health and Safety Protocols. But that doesn’t stop the camaraderie and the clowning on the Heat, who retain a lighthearted confidence that may be more important this year than ever. Butler meme’d up Vincent for his missed games with the funny message above, and Lowry chimed in with more smiles than Jimmy Fallon gives a movie star on his sofa.

Vincent had been crushing it lately for the Heat, but it’s the way he fits in, the way all these Heat players fit together that makes them scary in the postseason. Vincent’s absence and Butler’s clowning may be worth more down the road at crunch time than if he had never missed a game. Is Butler really looking for Vincent? Nah, he’s faking and Vincent’s not, but the end result bodes well for Erik Spoelstra‘s team come May and June.