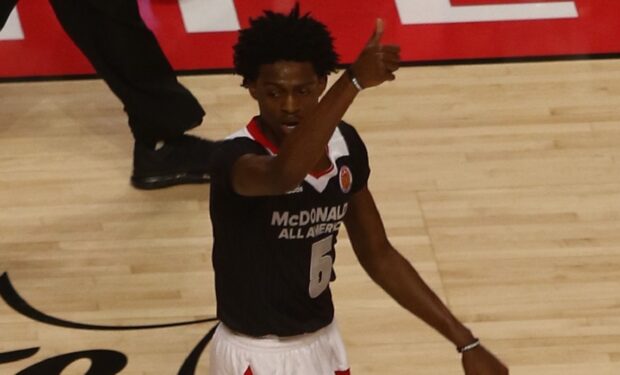 De’Aaron Fox is the 22-year-old NBA point guard playing with the Sacramento Kings. He played one year of college basketball at Kentucky before he was selected fifth overall by the Kings in the 2017 NBA Draft.

When not on the court, Fox spends time with his gorgeous fiancée Recee Caldwell. He proposed on the beach in November — the same month Fox signed a multi-year contract extension with the Kings. See cute proposal photos below.

When Recee posted the black bikini pic below, she captioned it: “I take his durags and make them mine.”

Recee is a baller, too. The 2014 McDonald’s All-American played guard on the women’s basketball teams at Texas and Cal before joining the WNBA’s Seattle Storm.

The Golden State Warriors vs. Sacrament Kings preseason game will broadcast live on Tuesday, December 15 at 10 pm on TNT.