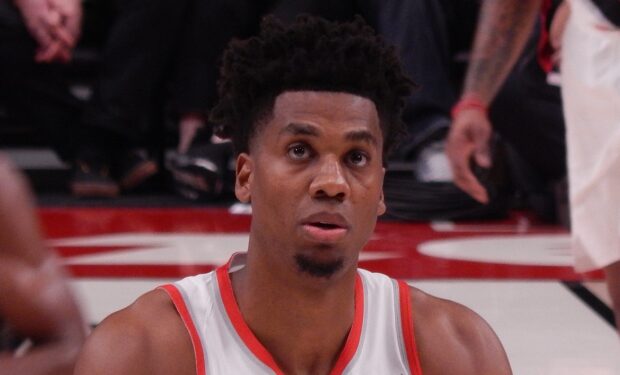 Hassan Whiteside is the 31-year-old NBA center playing with the Sacramento Kings. The 7-foot-tall athlete played college basketball at Marshall before he was selected by the Kings in the 2010 NBA Draft.

Since then, the North Carolina native (he chose Marshall over UNC Charlotte, South Carolina, Kentucky, Auburn and Mississippi State) played with Miami and Portland, and then came back to Sacramento in November 2020: he signed a one-year deal.

Whiteside’s son also looks pretty cute in the back seat. See photos below — make sure to swipe!

And in front of Daddy’s Ferrari!

The Golden State Warriors vs. Sacrament Kings preseason game will broadcast live on Tuesday, December 15 at 10 pm on TNT.