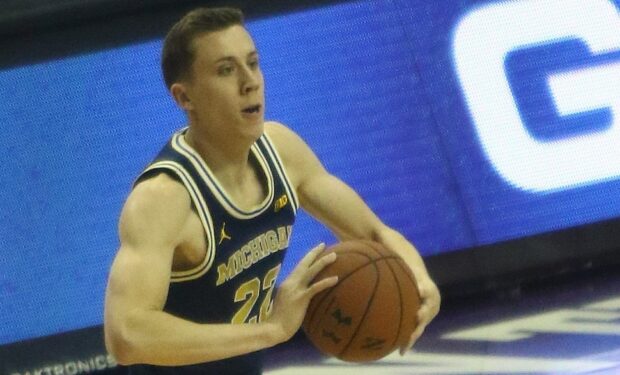 If you had ever heard of Miami Heat shooting sensation Duncan Robinson before he started setting records in this strangest of NBA seasons, you might vaguely know that he was a good-size spot-up shooter out of Michigan who — were he to get lucky enough to find the perfect team chemistry — might serve a few years in the NBA spreading the floor for some stars. That’s all true, but there is more to know! Such as that…

But wait, he went to Michigan, you say! Yes, but Robinson’s unlikely path to the NBA was a most unusual journey. Growing up in New Hampshire, Robinson’s 6th grade class had FOUR kids in it. He eventually got to a prep school where he did well, but didn’t even start for the basketball team well into his junior year.

So Robinson — a smart guy — went to academic powerhouse Williams College (often ranked the #1 Liberal Arts College in America). Williams is also an excellent hoops school for its level, but it’s hardly the Big Ten.

After a strong freshman year Robinson transferred to Michigan — yup, that Williams to Michigan transfer isn’t exactly textbook NBA prospect action. Then he went undrafted out of Ann Arbor but found a home with the hardworking Heat, and made playoff history in 2020, shooting 7 threes and tying Heat champ Mike Miller’s playoff record during the 2012 NBA Finals.