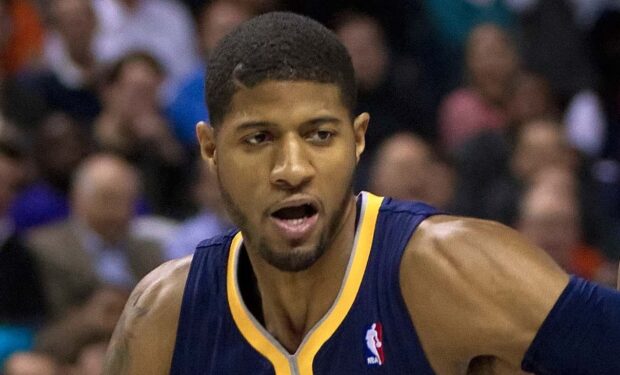 Paul George is the 6’8” small forward on the Los Angeles Clippers. The 30-year-old NBA star played college basketball at Fresno State before he was selected by the Indiana Pacers with the tenth overall pick at the 2010 NBA Draft.

Paul won an Olympic gold medal (2016) and also played two seasons with the Oklahoma City Thunder before he was traded to the Clippers in 2019.

When not on the court, Paul George spends time with his gorgeous longtime partner Daniela Rajic, mother of his two daughters: 6-year-old Olivia and 3-year-old Natasha.

Daniela is also the co-founder of the luxury swimsuit label Nude Swim. Her business partner is Sarah Patterson, wife of NBA Clippers star Patrick Patterson (she’s on the right in the white string bikini top pic above).

Paul’s nickname for Daniela is “woobie” as seen in the sweet Mother’s Day post above.