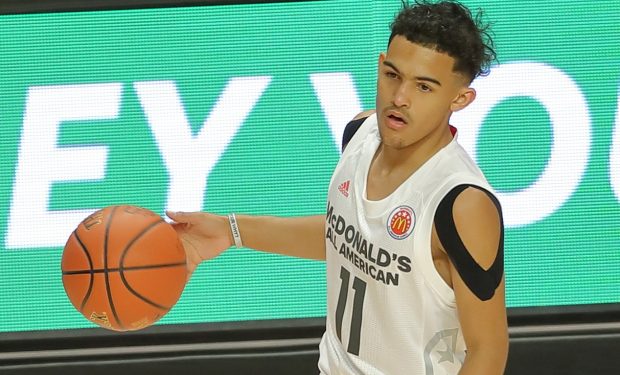 Atlanta Hawks superstar guard Trae Young will be forever linked with the Dallas Mavericks superstar Luka Doncic. The two were basically traded for each other (as draft picks) before either had played a game in the NBA. And they proceeded to have a killer battle for NBA Rookie of the Year last year — a battle that saw Doncic edge Young for the award.

And even their moves are linked. You can helps seeing one player as you watch the other. Here Young pulls off the handles move of the young season so far — as fine as any alley-oop dunk. The behind-the-back fake is wicked, and then the through-the-legs to the one-handed finish is elegance in action.

Anyone watching Doncic this season has seen a similar move. (See below.) But Young’s marks a higher point of artistry — and clearly features the more convincing fake before the dribble and finish.