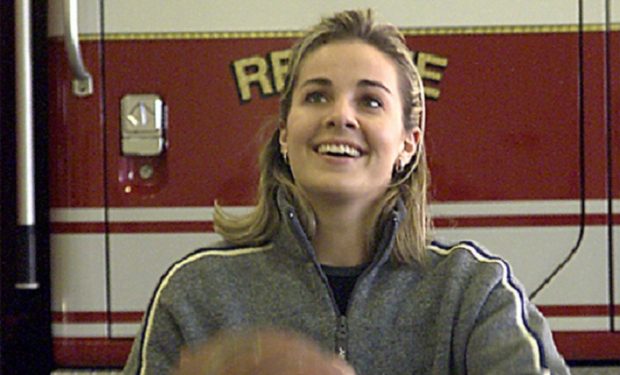 NBA coach Becky Hammon is awesome, and she has found a valuable place to practice her awesomeness on the Spurs bench in San Antonio where she’s an assistant coach on the staff NBA legend Gregg Popovich.

Hammon, who became the first woman coach in NBA history when she joined the Spurs regular staff in 2014, admits her ascendance comes with major pressure. Yes, Hammon has achieved, but that also means she has expectations of achieving more. More, in her case, is a head coaching job in the NBA, and smashing a huge glass ceiling.

On the terrific Kristen Ledlow and Candace Parker podcast, Hammon talks about that pressure. Ledlow asks her point blank: “Is there a level of pressure you feel to be a head coach in the NBA?” Hammon answers frankly: “Well, yeah.”

The pressure is magnified by her knowledge that she is, unlike Charles Barkley, a role model. When Hammon thinks about her future, she considers the “next little girl coming up” whom she recognizes she is paving the way for.

Hammon comes from — and represents — a culture of personal responsibility. That’s part of her enduring appeal, even beyond her top-tier basketball IQ, to Popovich and the Spurs organization.