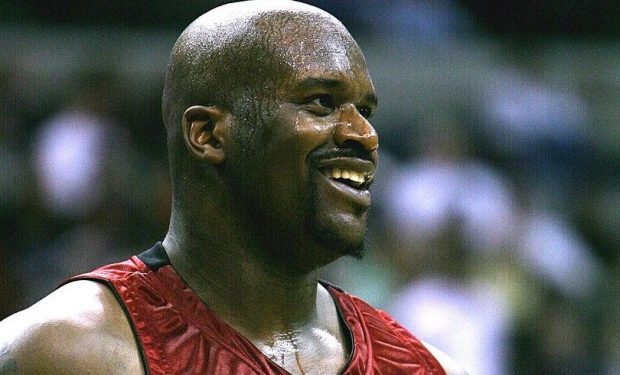 Shaq has so many skills! photo: Keith Allison [CC BY-SA 2.0], via Wikimedia Commons

Not to take anything away from former NBA star Kenny “The Jet” Smith, but when your fellow back-up dancer is 7 feet tall it’s tough to compete. And though the spotlight is clearly on Charles Barkley who is singing the University of Georgia fight song, it’s 7-foot backup dancer and NBA legend Shaquille O’Neal who steals the show. As he so often does. Go ahead and try to look away from Shaq here.

Even when you can only see Shaq’s giant shoulder behind Barkley in a closeup, it’s still mesmerizing! Shaq has such strangely beautiful rhythm for a big fella, something he puts on display around the world as a highly sought-after DJ.

But just look how smooth his rhythm is! And his giant steps, so effortlessly landed. Yeah Big Aristotle! Thanks for another moment of weird beauty from the NBA on TNT team.

Fans noticed. Wrote one: “Shaq and Kenny dancing backup for Chuck took me out.”