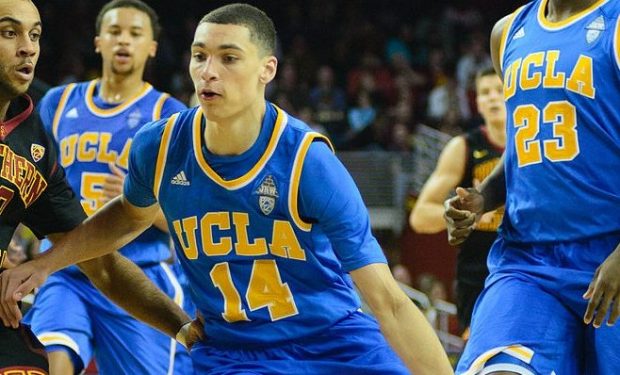 Zach LaVine, since college at UCLA known as a dunker, but... photo: Neon Tommy [CC BY-SA 2.0], via Wikimedia Commons

The book on the Chicago Bulls star Zach LaVine used to be that all the man could do was dunk — or at least that was his primary gift. And well you could forgive people for getting distracted by the dunking because this:

But Lavine has been proving forever that he’s a well-rounded baller and last night against the Charlotte Hornets he decided he wanted to put his reputation for rip-roaring dunks in the rear view mirror. Way back there, too, an object smaller than it appears.

How do you do that? By hitting 13 three-point shots. It’s a crazy display of shooting virtuosity, certainly. But wow, look how suspiciously open LaVine is for most of these shots — even after he gets hot. Strange.