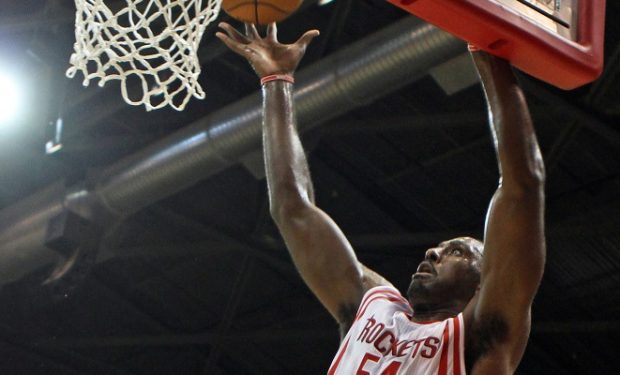 Patrick Patterson is the 30-year-old power forward on the new Los Angeles Clippers team. He played college basketball at Kentucky before being picked in the first round of the 2010 NBA Draft by the Houston Rockets. Like his Clippers teammate Paul George, Patterson played two seasons with the Oklahoma City Thunder before signing with the Clippers this summer.

Before the 2019 season, Patterson got married to his girlfriend of five years, Sarah Nasser, and together they spent their honeymoon in Bora Bora, where Mrs. Patterson was the subject of many bikini pics including one without a top (see below).

The Los Angeles Clippers vs. Houston Rockets game will broadcast live from Staples Center on Wednesday, November 6 at 10 pm on ESPN.