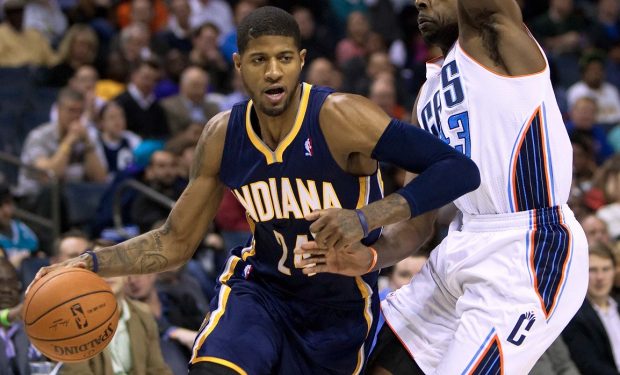 Paul George is the 29-year-old NBA small forward playing with the Los Angeles Clippers. The six-time NBA All-Star and Olympic gold medalist (Rio 2016) played college basketball for Fresno State before being picked by the Indiana Pacers in the first round of the 2010 NBA Draft. He played two seasons for the Oklahoma City Thunder before he was traded to the Clippers in July.

When not on the court, George spends time with his gorgeous girlfriend Daniela Rajic, mother of his two daughters, 5-year-old Olivia and 2-year-old Natasha, and a bikini model for her company, Nude Swim Co., which she founded with Sarah Patterson, wife of NBA Clippers star Patrick Patterson.

She notes in the black bikini photo below that her bikini top is a large and her bottoms are a medium. As she says in a few of the posts, she’s “rocking.”

The skinny silk scarf around her head is a nice touch!

The Los Angeles Clippers host the Milwaukee Bucks at the Staples Center on Wednesday, November 6 at 10 pm on ESPN.