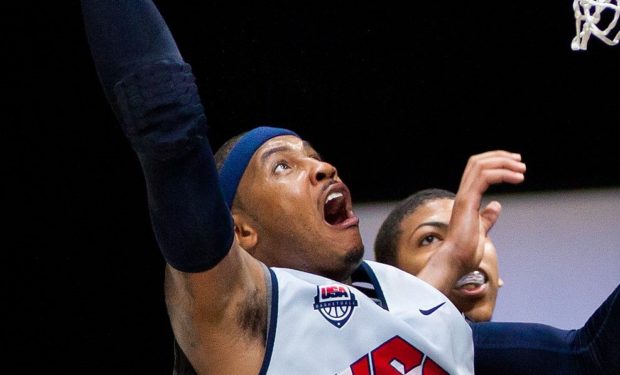 “So it has not been a happy time for the Portland Trail Blazers,” is the way Rachel Nichols begins her segment. And she’s not exactly known for understatement! But so true dat, as they say. The Blazers just got rocked by the Rockets at home, and that’s with with Russell Westbrook shooting just 9-of-26. That puts Portland at 5-9 so far, a team — hit by critical injuries — bearing little resemblance at present to the Blazers who made the Western Conference Finals last year.

So Portland is bringing in a playoff ringer, a proven winner, a… wait, no, they are bringing in Carmelo Anthony. (Yeah, we know, Olympics.) So we’ll see! One thing is certain — all NBA eyes will be on Melo and the Blazers, for at least a few minutes.

Melo is ready, as he says by telling his own story in the YouTube video below. He is expected to suit up for Tuesdays game against the mediocre New Orleans Pelicans (4-9), also off to a rocky start. It’ll be his first NBA game since November 2018.