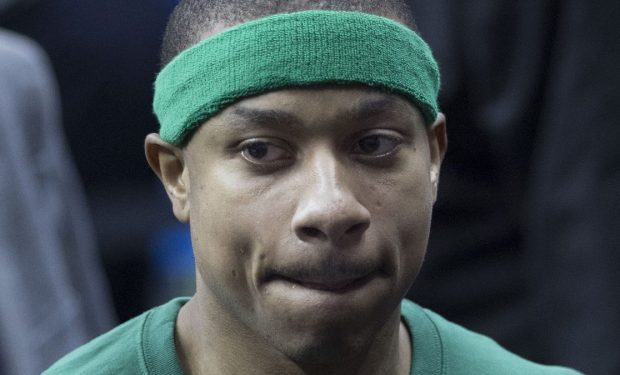 Isaiah Thomas is the 5’9” NBA point guard playing with the Washington Wizards. He played college basketball at Washington (he was born and raised in Tacoma) before he was selected by the Sacramento Kings in the 2011 NBA Draft. In July, the two-time NBA All-Star (2017, 2016) signed with the Wizards.

When not on the court, Thomas spends time with his gorgeous wife of three years, Kayla (nee Wallace) Thomas. The former second grade teacher, and mother of Thomas’ two young sons, looks amazing in bikinis!