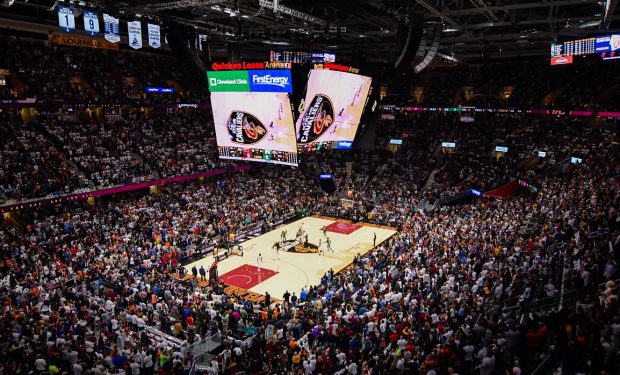 On October 18, 2019, the Golden State Warriors waived 6’7″, 215 lb. small forward Alfonzo McKinnie. Three days later, the Cleveland Cavaliers announced that they had claimed McKinnie off waiver. The 27-year-old from Chicago played college basketball at Eastern Illinois University and University of Wisconsin-Green Bay before starting his pro career in 2015 with the Luxembourg East Side Pirates.

When not on the court, McKinnie spends time with his gorgeous girlfriend Johanna Leia who describes herself as “Greek x Sudanese.”

She often shares photos of herself in string bikinis and lacy lingerie that flaunt her insane snatched waist!