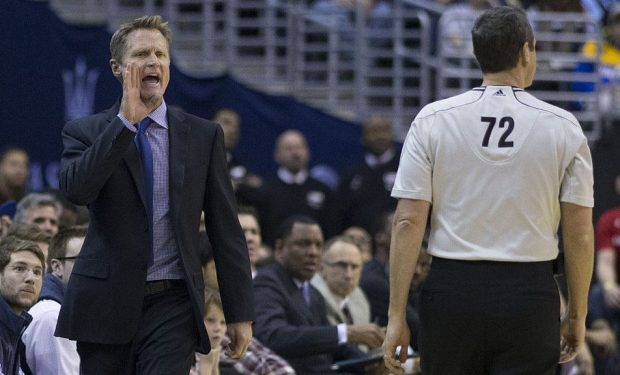 NBA superstar James Harden — with new teammate Russell Westbrook by his side — apologized for pro-democracy comments made by Houston Rockets GM Daryl Morey, setting of a firestorm about alleged NBA hypocrisy. Morey had tweeted in favor of standing with the Hong Kong protesters in their battle with communist China — a tweet he later removed.

With the NBA cultivating a reputation for WOKEness and free speech, Morey’s deletion and Harden’s apology were seen by many as putting the NBA’s lucrative business interests ($$$) in China ahead of its moral obligations.

But in the video above, Steve Kerr, the often outspoken head coach of the Golden State Warriors, asserts that the NBA as an entity has not issued any directive to coaches and players about making public comments on China.

In other words, the NBA has not shut down players or coaches wishing to side publicly with Hong Kong protesters or any other group that runs afoul of the Chinese governments wishes, according to Kerr.