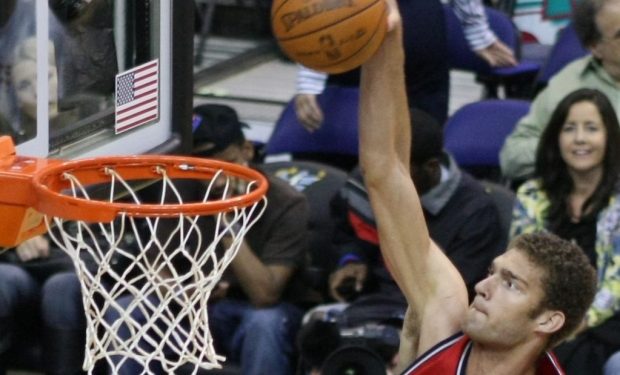 Brook Lopez and Robin Lopez have both had interesting NBA journeys. They entered the league as sought-after 7-foot big men expected to play down low in the paint. Now they both hang around the 3-point line (or deeper) looking to bang down threes instead of banging bodies in the low post.

Perhaps no two players demonstrate so vividly how much the NBA has changed — and, of course, as twins they make double the case that other 7-foot 3-point shooters like Marc Gasol make.

Now the Lopez brothers are both on the Milwaukee Bucks, which makes their lineup absolutely enormous in size, with 6’11” Giannis Antetokounmpo (the 2019 NBA MVP) playing basically the shooting guard position.

Wow, what a transition this league has made. Today Shaquille O’Neal, Patrick Ewing, David Robinson, and Moses Malone might all shoot 5 3-pointers a game. (It’s easy to forget how great an athlete Shaq was, and think only of his power, but he could do it all early in his career.)

Brook Lopez used to be like them. In Lopez’s first eight seasons in the NBA combined, he took 31 3-pointers, making three. Last year alone he took 512 attempts from three, making 187 of them.