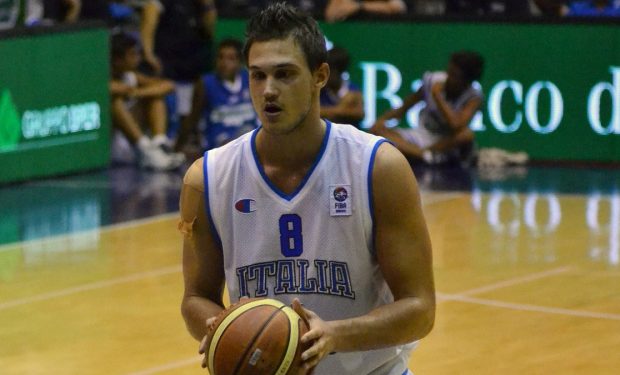 Italian professional basketball player Danilo Gallinari was drafted by the New York Knicks in the 2008 NBA Draft. He has since played for the Denver Nuggets and LA Clippers, and has made it to the playoffs three times (twice with the Nuggets, and last year with the Clippers).

In July, the 6’10” power forward was traded to the Oklahoma City Thunder where he’s part of the predicted starting lineup with Chris Paul, Steven Adams, Mike Muscala, and Shai Gilgeous-Alexander.

When Gallinari isn’t on the court, he’s spending time with his gorgeous girlfriend, anchorwoman Eleonora “Leo” Boi, who looks amazing in bikinis!

She often uses the hashtag #bikinibabe to her bikini pics which is universal for BIKINI BABE!

OKC Thunder host the Dallas Mavericks for a preseason game on Tuesday, October 8 at 8 pm on ESPN.