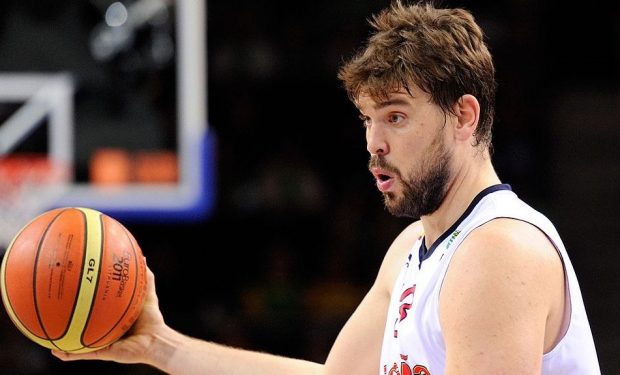 NBA star Marc Gasol labored long and diligently for the Memphis Grizzlies, a fan favorite and team player who could never quite lift The Grizz over the threshold. Then finally last year Gasol got shipped happily up North — way up North to Toronto — where he had the good fortune to arrive just as a guy named Kawhi Leonard joined the team.

Playing a critical role for the unlikely 2019 NBA champion Raptors, Gasol took home his first NBA title. (His older brother Pau, another NBA star, has two titles from his time with the Lakers.)

Now that would be enough to make this a very special year for Marc Gasol, but the 7-footer wasn’t done yet. Nope, with Team USA Basketball underachieving for a 7th place finish at the FIBA World Cup in Beijing, Gasol was again able to lead his team to a championship that usually belongs to the Americans.

First Gasol brought an NBA crown to Toronto, then this week he and fellow NBA star Ricky Rubio led Spain to the FIBA World Cup title.