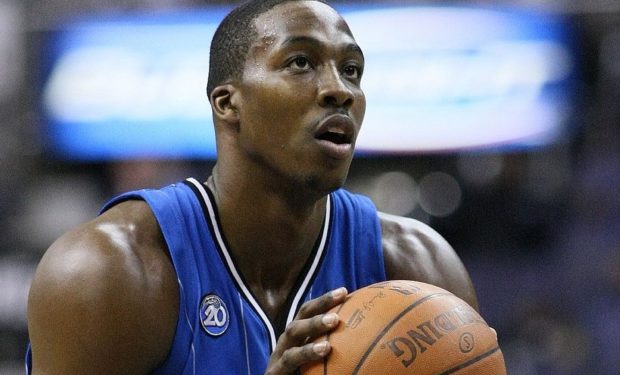 It’s a genuine pitch for the fans to reconsider what they think about when they think about “Dwight Howard at center” — a man “more thoughtful than you think” and “more flawed than” he wishes (who isn’t?). He also makes the claim that he’s “more committed than ever.”

The only potential problem with this sincere and no doubt authentic pitch to fans is that Howard made it nearly two years ago, declaring with the hashtag #12isBack. And that two-year-old comeback statement is still Howard’s pinned tweet, the crown atop his Twitter profile, where he has nearly 7 million followers.

Howard is now set to make another comeback as a teammate to Anthony Davis, Rajon Rondo, and LeBron James on the reconstituted Los Angeles Lakers. The positive take is that Howard is so busy working on his game that he doesn’t have time to mind his Twitter account.

Or maybe James’s big Hollywood production company is working on a new video for Howard to replace the 2-year-old promises in this one. But Howard would probably say the same thing in a new one — that he’s ready. Ready for the next big game, the next big chance.

“These shoulders can carry the weight of your greatest expectations,” Howard says. “Thank you for believing in me.” Are you ready, LA? He is. As he says below, “next breakthrough is around the corner.” We know Howard can fly. Here’s hoping he soars for the Lakers.