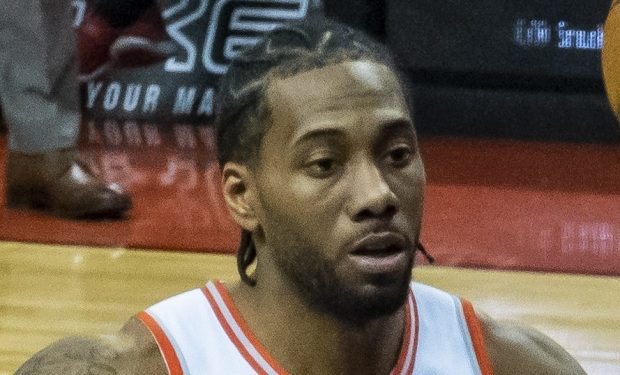 Drake isn’t the only hip hop star who’s all about NBA superstar Kawhi Leonard. Leonard’s game, his story and his unique approach to fame and fortune (and rebounding: “board man gets paid”) lend themselves to memes and mystery. And since artists and rappers are essentially storytellers who traffic in mystery and memorable lines, Leonard’s occasional utterances are the bomb.

After winning the NBA championship, “Fun Guy” Leonard and teammate Serge Ibaka created a sensation with few words in the limo video below, with Leonard saying “What it do, babyyyy?”

Drake may be the #1 Toronto Raptors fan, but with Leonard absconding for the warmer brighter climate of LA and the Clippers, his memes take on a more universal feel. Atlanta hip hop superstar Future knows a catch phrase when he hears one. He put Leonard’s words to use in his moody, atmospheric new drop “What It Do.” (below)

It’s not that Leonard invented the phrase “what it do, baby,” only that he seemed to essentially reinvent — or reinvigorate — it by using it at the height of his fame and mystery, and with the added rarity of its being among the very few words Leonard shares on social media.