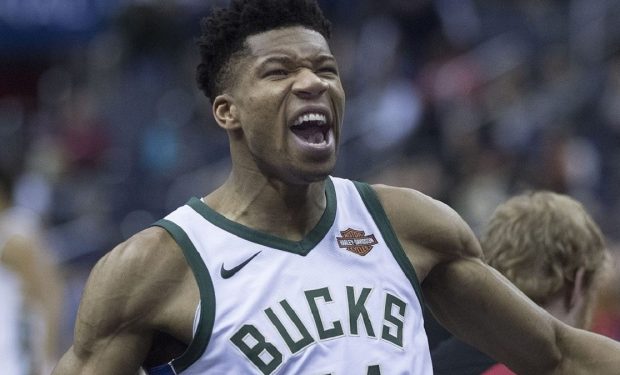 Giannis can do it all, photo: Keith Allison via Wikimedia Commons

2019 NBA MVP Giannis Antetokounmpo brings his doubters into focus, saying “there are a lot of people out there who say if Giannis don’t add the 3, he’s not gonna be one of the best players in the league, right?” He continued: “I just won the MVP, no 3 right?”

But he didn’t get there by not looking to add elements to his game. “I can still win a championship without shooting the 3,” Giannis assures fans, “but I want to shoot the 3… Shooting the 3 is gonna make it a lot easier for my teammates, so I’ve to add that element to my game.”

Otherwise he plans to do the same thing, “put my body on the line, do whatever it takes to have my team win.” He believes the Bucks “built as a team a winning habit. That’s why we were able to win 60 games, that’s why I was able to win the MVP.”