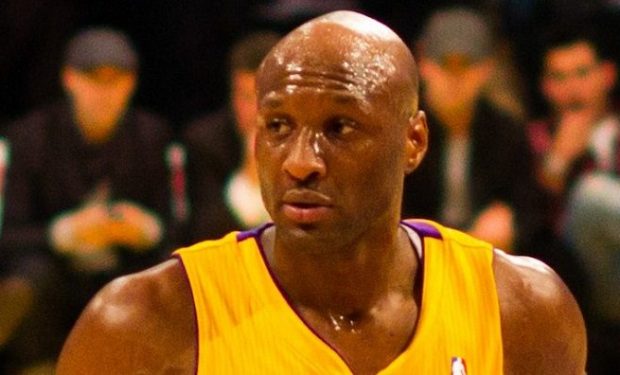 Basketball star Lamar Odom won two NBA titles with Kobe Bryant and the LA Lakers before things fell apart for him. The reality TV regular — he was in the Kardashian circle — hit rock bottom with drugs and alcohol a few years back, landing in a coma before launching a recovery.

But back before Odom’s troubles grew serious, in a more innocent time, the big fella had a different addiction, according to former NBA star Cutino Mobley, who was roommates with Odom in college at Rhode Island. Back then Odom’s habit was candy — “there was candy everywhere. Skittles all over the room” Cutino tells ESPN.

The seeds of Odom’s troubles, his predilections were already visible, even if the substances were different. “He would just go, he would disappear,” Mobley said, “He was junkie.” That’s when Mobley spoke of candy everywhere, but what else? “At practice” Odom was great, Mobley says. (See video below at two minute mark.)