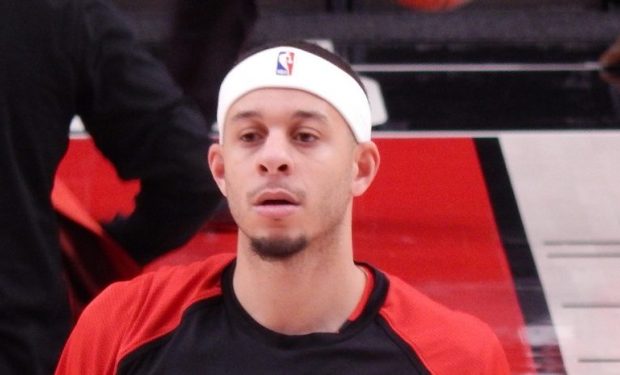 Dallas Mavericks owner Mark Cuban has signed sharpshooter Seth Curry in yet another indication that the Shark Tank star billionaire wants to win now. It’s the Wild West in the Western Conference with Los Angeles especially erupting with NBA player personnel changes — Kawhi Leonard, Danny Green, Paul George, Bradley Beal, DeMarcus Cousins and Rajon Rondo will all be playing in the Staples Center this season, albeit not all of them on the same team.

Load up is clearly the directive to NBA execs and Cuban doesn’t have any plans to get left behind in the biggest NBA arms race in recent memory. Seth Curry has a rather famous brother in 2x NBA MVP Stephen Curry. Steph retweeted news of his brother’s deal with the Mavericks — chiming in with “My dog” and a smiling emoji in sunglasses.

Seth Curry put on a good show against his brother in the playoffs last spring while in a Portland uniform. The Mavs, where Seth previously played, know both his character and his skill set. Word is he’ll pull in $32 million over four years. Dog indeed!