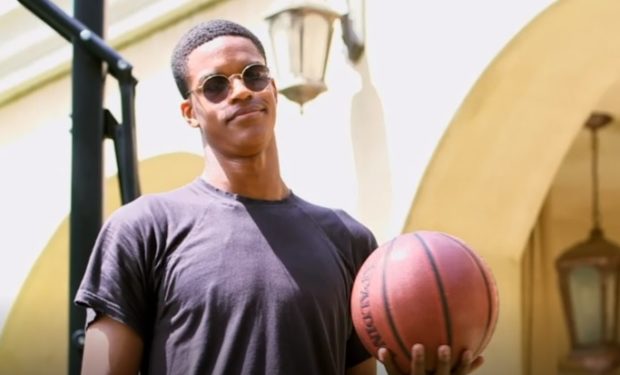 Shaquille O’Neal‘s son Shareef O’Neal recently had heart surgery, but the 6’9″ high-flyer has been giving all the heart trouble to the opposing team in his recent Drew League outings.

The Drew League has been attracting top talent since the early 70s — names like Kobe Bryant, LeBron James, Kevin Durant, Paul Pierce and Brandon Jennings have lit up the Drew throughout the years. But Shareef looks second to nobody right now.

Shareef’s helped out because he’s playing with pros too, like Jennings — who once dropped 57 points in a Drew League game back in 2014.

Jennings is the guard throwing some of those wicked alley-oops to young Shareef O’Neal. Look at that young man fly through the air for multiple slams. Their team name? Tuff Crowd. Uh–huh. Shareef’s gonna play at UCLA next. He looks ready. Right, Shaq?