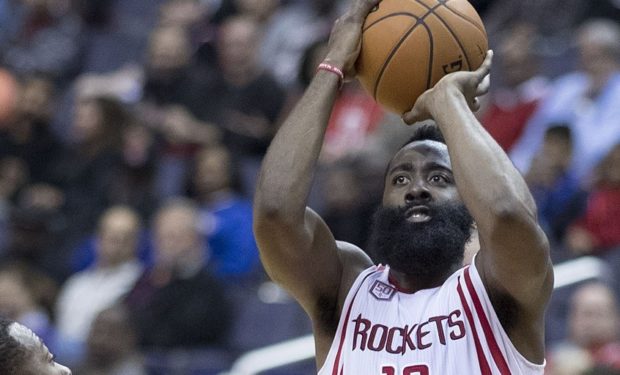 Russell Westbrook has said his emotional goodbyes to Oklahoma City, and and the new Westbrook thunder is set to sound more like a Rocket launch. At least that’s what everybody in Houston — especially head coach Mike D’Antoni and superstar James Harden — are hoping. Once teammates at OKC, Harden and Westbrook posed for this Rockets pic together at their new Houston launchpad. Pic #2 in the scroll.

The two NBA MVPs are each used to having the ball in hand a lot, so the pairing has some NBA talkers scratching their heads. But they are both maestros of the assist, and if Westbrook’s shooting percentage climbs back to respectability with Harden commanding so much of the defense’s attention, this match will be as dynamic a pairing as any in the NBA — including Kawhi Leonard and Paul George in LA red, and LeBron James and Anthony Davis in LA gold.

Westbrook says show me the door, get me to the court. I’m ready.