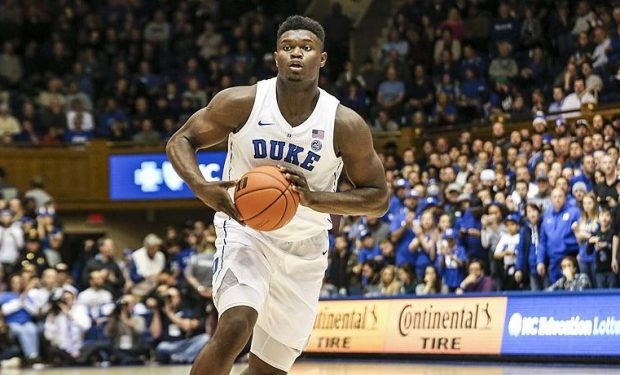 The Jordan Brand — Michael Jordan‘s signature sneaker juggernaut — has signed superstar Zion Williamson after one year at Duke, no years in the NBA, and his selection as the #1 NBA draft choice.

Jordan is notoriously selective, making offers only to those players it feels will elevate its brand and add to its cache in the long term. An invitation from Jordan Brand means a player possesses not just star potential, but true superstar potential. In some ways it’s the ultimate scouting report.

It’s all marketing, yes. But there’s got to be something to back it up. Otherwise, there’s no payoff for the brand. The legend himself, the GOAT, the master — Michael himself — reportedly makes the final decision on who gets chosen.

In Zion Williamson’s case, the decision was made despite the reservations some skeptics have about him being undersized and having a liability as a shooter. MJ is not among the skeptics, at least publicly. On the signing, Michael Jordan said: “[Zion Williamson] told us he would ‘shock the world,’ and asked us to believe him. We do.”