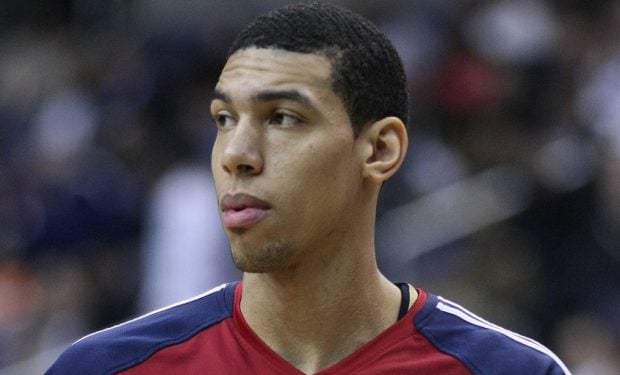 Danny Green helped Kawhi Leonard get excited about Toronto after their move there — and the two NBA stars won their second championship together with both playing a one-and-done year with the Raptors. But after the free agency hurricane that blew through the NBA this summer — and after Kawhi Leonard left Toronto for the Clippers — Green also had to make a move.

Green told fans he was sorry how it worked out — for Toronto, for all of Canada. He acknowledged it was kind of crappy that the NBA champion Raptors couldn’t “run it back” — the playground hoops terminology for playing another game right after one has ended, with the same team.

Green promises that more info about his free agency experience is forthcoming. But for now — as he makes his Lakers announcement — look how Green turns his baseball cap around, switching at least halfway into classic “rally cap” mode.

Going from a champion to a team that didn’t make the playoffs last year would usually mean a hard road ahead. But the Lakers transition from loser to winning juggernaut might be as easy as Danny Green’s turning his hat around. The new Lakers locker room should make rallying easy, with names like Davis, Rondo, James, Cousins, Kuzma, Green, and Beal.