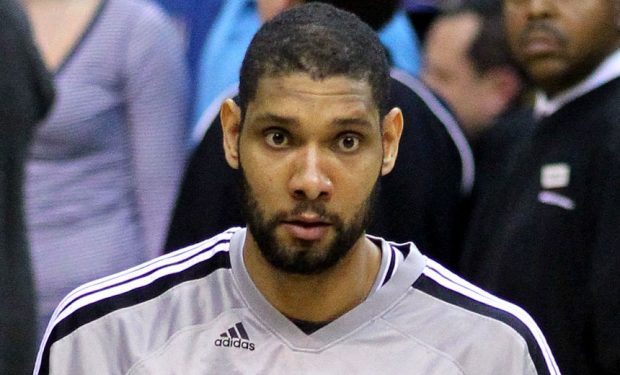 NBA legend Tim Duncan has been spending a lot of his retirement working with the Tim Duncan Foundation. This week he helped support Yes Our Kids Can (based in San Antonio, Texas) in the U.S. Virgin Islands alongside former U.S. President Bill Clinton. Duncan was born and raised in St. Croix, an island in the Caribbean Sea. When 13, his town and high school were destroyed after Hurricane Hugo in 1989.

Bill Clinton and former U.S. Secretary of State Hillary Clinton are in the USVI on behalf of the Clinton Global Initiative to advance hurricane recovery and resiliency projects. The Clintons visited with Duncan in St. Croix. The Tim Duncan Foundation donated $500,000 to support the Yes Our Kids Can educational program at all USVI elementary schools.

Check out Duncan — with a ponytail! — spreading the love with Bill Clinton…

Yesterday, Tim helped support @YesOurKidsCan in the USVI alongside @BillClinton + @ClintonGlobal, and local #USVI government officials. The Tim Duncan Foundation donated $500K to support this educational programming to ensure it is available for all USVI Elementaries. #Education pic.twitter.com/q9xJyhlJv0

The Tim Duncan Foundation also thanked Tom Secunda, co-founder of Bloomberg for their partnership from the start of the Foundation’s hurricane relief efforts and their continued support of its education initiative.