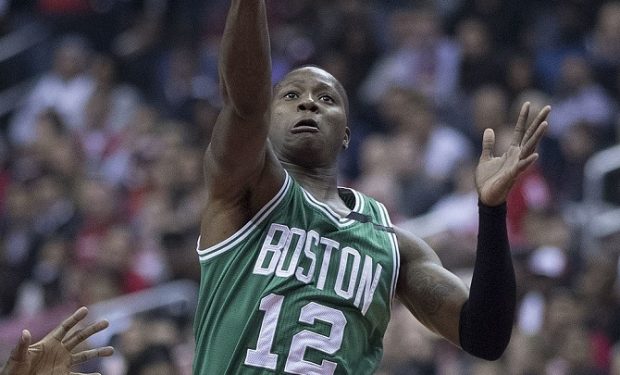 Hannah Brown aka Alabama Hannah is this season’s Bachelorette on ABC. While looking for a husband on national TV, the gorgeous young blonde meets NBA Boston Celtics star Terry Rozier. Unfortunately, Terry isn’t a bachelor on the show but a guest.

He suits up in his uniform to give Hannah a one-on-one lesson in the Celtics gym at the Auerbach Center in Boston. In the photo below, Terry lets Hannah dunk on him. (Brown is wearing a #11 Celtics jersey, worn by Celtics superstar Kyrie Irving; Rozier is #12.) Note: Terry Rozier played two years of college basketball for Louisville before he was picked by the Celtics in the 2015 NBA draft. 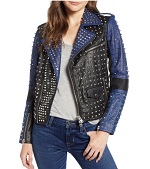 [Hannah wears a studded leather jacket like this one in Boston]

In the video below, Hannah scores again but this time with one of the 15 remaining contestants, Jed, the charming 25-year-old singer/songwriter from Nashville. The Bachelorette airs Mondays at 8 pm on ABC.

When you score twice 😘🏀 #TheBachelorette