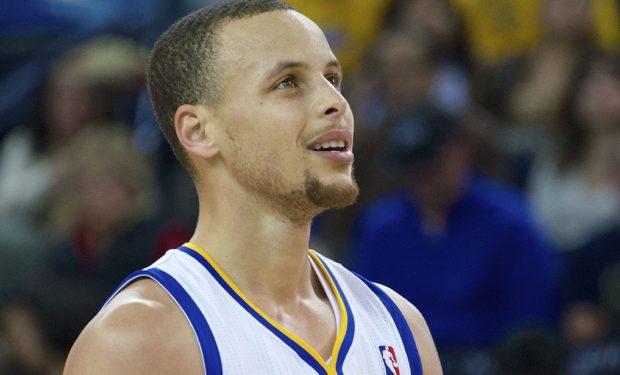 Modern NBA basketball was born in the 1970s, with the ABA version of Julius “Doctor J” Erving (and his magnificent Afro), the spin-savvy guard play of Earl “The Pearl” Monroe and the bespoke drip and double championships of Walt “Clyde” Frazier at Madison Square Garden.

Frazier was Michael Jordan’s precursor in the business apparel world too, having the first basketball shoe named for a player carry the moniker of his alter-ego: the Puma Clyde was the post Chuck Taylor “It” shoe. (Adidas brought out the Superstar Pro Model, endorsed by Kareem Abdul-Jabbar — and the world never looked back.)

The early 1970s was a groovy time in general — big sideburns, tight pants and fat cars included. The styles of the time are distinctive and indelible. Aaron Dodson at ESPN has been sharing doctored basketball cards featuring current NBA players decked out in 1970s styles — Draymond, Klay, Steph and KD feature prominently.

There’s just something extra special, too, about seeing it done to Golden State Warriors, since almost no place on earth was as groovy as San Francisco during the era. Kevin Durant looks fantastic as a sort of Artis Gilmore lookalike, but Steph Curry’s 1970s incarnation is just everything. Man looks like he will drop 70 points on you, George Gervin style.