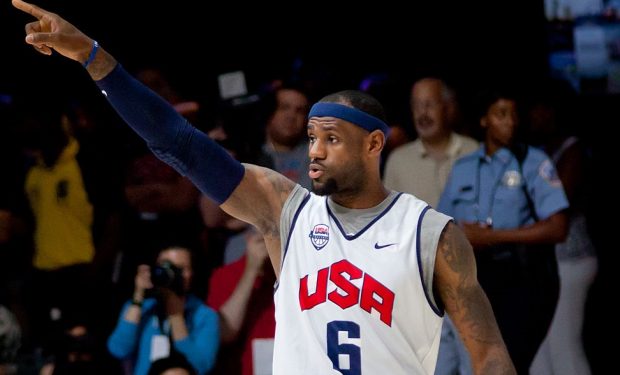 NBA legend LeBron James is using a brand campaign for the cool designer luggage company Rimowa to make a statement and to tell his story. And the mini-movie below is an extremely effective work of persuasion. Think LeBron — the kid from Akron, Ohio —  just moves on willy-nilly to the next big thing, that he just can’t resist the lure of Miami and Hollywood? Think this superstar is just pure ambition? Well, James has news for you: “The road is the greatest teacher there is,” he says, and “if you never leave, you never learn.”

James also makes powerful statements about his commitment to social justice and to family. There’s a scene touching on the Black Lives Matter movement, showing police and suggesting the systemic injustice that James won’t tolerate and won’t keep silent about. (“To speak when something needs to be said,” he gravely intones.)

And then there’s the more personal moment, when James calls home to talk with his baby girl on the phone, driving home his image as LeBron James family man. And that nickname! “Hey Mamaface,” he says. And the little one basks in her father’s love and adoration. “Hi Daddy. Love you!” she replies. Oh that little Mamaface is adorable!

Loading up the clips right now as I type!! I dare you to try me when it comes to Daddy’s Lil Princess Z!! Promise you it won’t end well for you! 😁😑🤬😤. Ok now with that said she’s BEAUTIFUL!! ✨ Thank you @mrs_savannahrj 😉❤️ #ZhuriNova💫