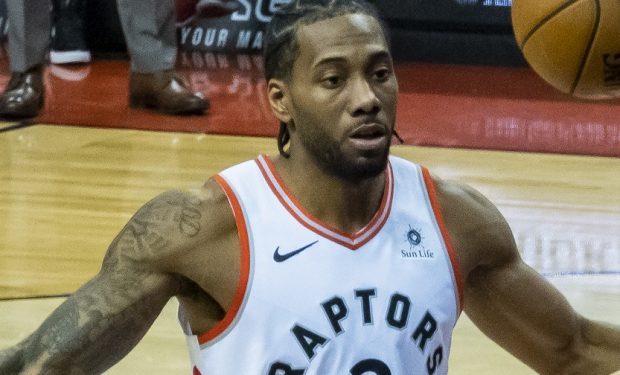 Toronto Raptors superstar Kawhi Leonard famously described himself as a “fun guy” — in an effort to help the Toronto media to understand him. Yet when he said it, he followed it up with what the Internet deemed an awkward laugh, which immediately went viral.

“Listen to Kawhi laugh!” was the meme. He’s a robot, programmed to play basketball, the engineers forgot to put a legit laugh track into the KawhiBot — silly stuff like that. But Leonard laughed last, not just on the court as he and the Raptors captured the 2019 NBA crown, but at the celebratory parade!

After Leonard told the crowd to have fun with [the championship], he delivered a batch of super meta mechanical laughter — and his teammates fell off their chairs. “Ha ha ha ha,” said Leonard, and etched his fun guy reputation into real life history. Here’s Leonard at the parade:

Kawhi got the last laugh. 🤣😭

And here is the first viral Kawhi laugh: