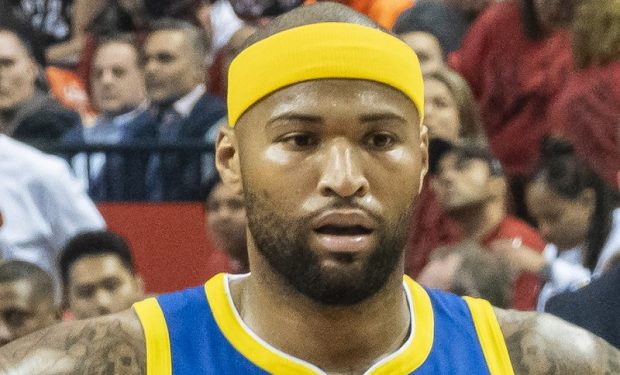 Golden State Warriors forward Andre Iguodala goes as far as saying Steph Curry is the reason “he still plays basketball.” That’s pretty astounding coming from a guy who had a pretty great career going before he ever met Curry. Hey back in the day Iguodala was only the second best AI on his 76ers team — NBA legend Allen Iverson owned the top spot.

By now Iggy and Steph have been teammates for eight years and three titles, and their friendship is blood-thick. So when Iguodala says he’s just playing to “protect Steph’s legacy” it’s not too surprising — even though Igoudala won his own NBA Finals MVP in 2015.

Great win fellas! These type of milestones keep me going! Appreciative of everyone that helped make this moment (and hopefully many more) happen! #15K #dubnation #10inthetown #ruinthegame

But DeMarcus “Boogie” Cousins only became a Golden State Warrior this season. And Cousins brings a whole lot of bad-ass attitude wherever he goes, an attitude to match his incredible all-around basketball skills. If fans cried unfair when the Warriors landed Kevin Durant, those in the know positively threw up their hands when Golden State got Boogie, long considered among the best big men in the universe.

These days Cousins is fully on board the Steph-Curry-no-ego-unbelievable bus, just like Iguodala. Cousins knows the 2x NBA MVP is a superstar, but calls him “the most normal superstar I’ve ever seen.” Being around Curry, Cousins says, is “unreal.”

And it’s rubbing off too, apparently. Back from injury, Cousins was the MVP of the Warriors Game 2 win, doing everything on the court — ego free.

Iggy on Steph: “He’s not arrogant. He doesn’t go about life like a superstar. DeMarcus said it one day — he was like, ‘He’s the most normal superstar I’ve ever seen.’ He’s like, ‘This is unreal.’ But it’s just talk about culture. People don’t understand how important that is.”